Back to all Blogs
accessibility

Look, we know the legal stuff is never fun, but it’s important to cover nonetheless. As much as we love to believe this recent drive towards web accessibility is purely from the goodness of peoples’ hearts, in all truth, the laws are what push this matter forward and keep it at the forefront of businesses’ minds!

When speaking or writing about accessibility legislation, we generally default to referencing the Accessibility for Ontarians with Disabilities Act (AODA). This isn’t intentionally an Ontario-centric approach, but just a case of familiarity from the AODA leading the charge. Since caring, compassionate web-oriented folks work with clients all across Canada, this seemed like a great opportunity to discuss what’s being done to remove barriers and improve digital accessibility from coast to coast.

First, a disclaimer: We are not legal experts. The summaries below are based on provincial documentation and reporting from news organizations and advocacy groups.

Let’s start on the west coast, in beautiful British Columbia, where Hey Nova was founded and got its start in the realm of accessibility. Currently, the province has ongoing “accessibility initiatives” rather than specific laws, including The Accessibility Action Plan, which outlines the goal to make internet access in B.C. the most accessible and inclusive in all of Canada by 2024, starting with the British Columbia Accessibility Act (M 219) that they kicked off in 2018.

It’s a big objective to strive for when they are currently a few years behind other provinces in the legislation, but we are all for the effort and hope they succeed in this. If this is your first time hearing of it, the act is intended to make B.C. "the most progressive province in Canada for people with disabilities" extending far beyond just web accessibility, with broad coverage of public spaces, transportation, income and employment, internet service, housing, and more. On the digital front, the proposed rules are in line with WCAG 2.0 Level AA, similar to most legislation throughout Canada.

In 2020, the province released a report on the public consultation efforts throughout 2019.

As it isn’t currently a law it is still unclear what fines and other mechanisms the act will put in place to encourage businesses to comply. As we all know, money talks, so perhaps they will realize this and use that to push this initiative into full action.

Just a quick shout out⁠—like any accessibility legislation across the globe, this progress would not be made without the tireless work of advocacy groups like Barrier-Free BC⁠ — so thank you to them!

The next stop on our tour is wild rose country. At the time of writing this, Alberta does not have any accessibility laws planned or in progress, however it does have a human rights act in place, which explicitly forbids discrimination based on disability. It’s a start, but we want to see more, Alberta!

Here come the prairies and land of the living skies. Saskatchewan, like neighbouring Alberta, does not appear to have any accessibility legislation in the works - beyond a similar human rights commission.

Friendly Manitoba is up next. Not to be ignored, this province is making headway, introducing The Accessibility for Manitobans Act in 2013, with a commitment "to achieve significant progress by 2023".

The act draws five key elements for setting accessibility standards, including customer service, employment, communications, public spaces, and transportation. While the larger act is in place, the pieces are still under development. The Information and Communications Standards Development Committee held public consultation sessions as recently as 2019, and is building digital guidelines based on WCAG 2.1. This is a noted jump from other jurisdictions' legislation based on the older 2.0 version - which leaves out key considerations for smaller screens, touch devices, and other widely used technology. Good work, Manitoba, we will be watching your progress. 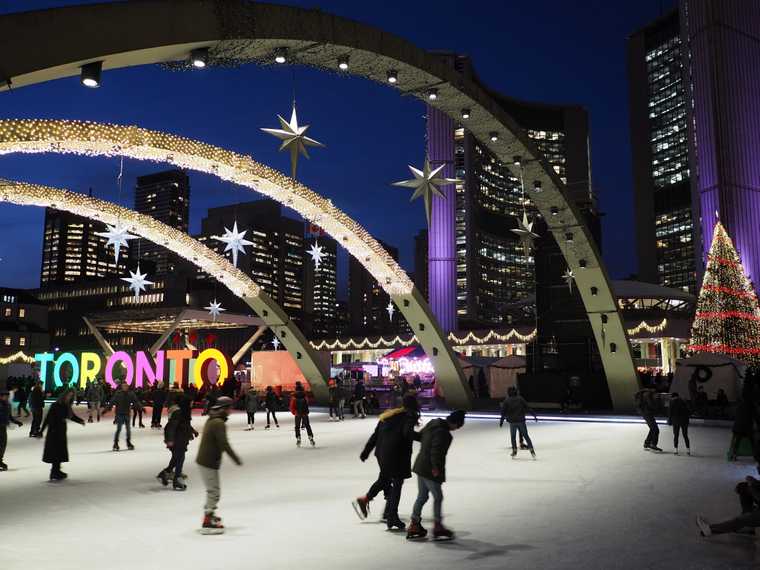 Ontario might be yours to discover, but the province's accessibility legislation has been loud and clear since the Accessibility for Ontarians with Disabilities Act was enacted in 2005. Considered a landmark across Canada, the AODA has helped set the standard for other provinces to build their own laws.

The act established the tone for encouraging compliance, rather than punishing failure, by introducing a progressive reporting, remediation window, and fine system. While this can be slower to force change than a lawsuit-based system (such as the Americans with Disabilities Act), it has been much less fierce and damaging for Ontario businesses.

Having worked with many Ontario businesses, Hey Nova can account for its effectiveness as businesses strive to meet 2021’s new deadlines.

Advocacy groups in the province have been calling for a stronger bill, pointing out that the current version only applies to the public sector and "lacks teeth" in enforcing its requirements.

Interestingly, the 2004 law's standards for online content came from the province's own custom guidelines, the Standard sur l'accessibilité des sites Web (SGQRI 008 2.0). This was later dropped in favour of WCAG 2.0 as of 2018.

Continuing Eastward, we enter the loyalist province, which has no active or publicly in-progress legislation. Like Alberta and Saskatchewan, New Brunswick leans on its human rights laws to cover discrimination. 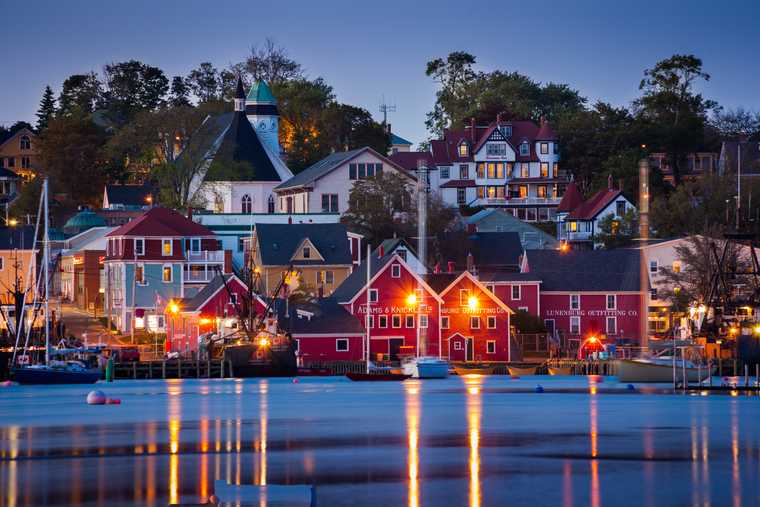 Our tour continues with Canada’s ocean playground. In 2017, Nova Scotia passed Bill 59, An Act Respecting Accessibility in Nova Scotia. This makes the province the third in Canada to enact legislation that requires accessibility improvements from the private sector as well as public - after Ontario and Manitoba. However, the full scope of the accessibility law is still being flushed out while they leave the plan open to the public consultation. The Access by Design 2030 initiative outlines an effort to build a sustainable and functional legal framework that will help them achieve an accessible Nova Scotia by 2030.

While the law's digital accessibility requirements have not yet been set, the provincial government's own website has been rebuilt to meet WCAG 2.0 Level AA. Nice work, Nova Scotia. A bronze medal is better than nothing!

We’re nearing the Eastern edge now with the birthplace of confederation. Sadly, PEI does not have accessibility legislation on the books, but public websites such as the provincial government and courts, do strive to meet WCAG 2.0 Level A. Not perfect, but this is a start.

As with other provinces, there is a PEI Human Rights Commission and active accessibility advocacy organizations such as the PEI Council of People with Disabilities.

Next comes the rock, the Easternmost end of the great white North. Newfoundland and Labrador has some accessibility legislation, including the Buildings Accessibility Act introduced in 2017. The act includes key requirements around parking, washrooms, signage, ramps, and specific rules for apartment buildings.

Unfortunately, the province has not yet brought a digital-focused accessibility proposal to the table, despite pressure from advocacy groups like Barrier-Free Newfoundland and Labrador. We’d love to see better, but sadly, we do not make the laws.

Heading North West, let's touch on Canada’s Arctic. Currently, none of the three territories have active or proposed accessibility legislation on the books. There are signs, however, that the federal government's Accessible Canada Act could inspire meaningful progress alongside on-the-ground advocacy, so we’ll keep our fingers crossed for that one. 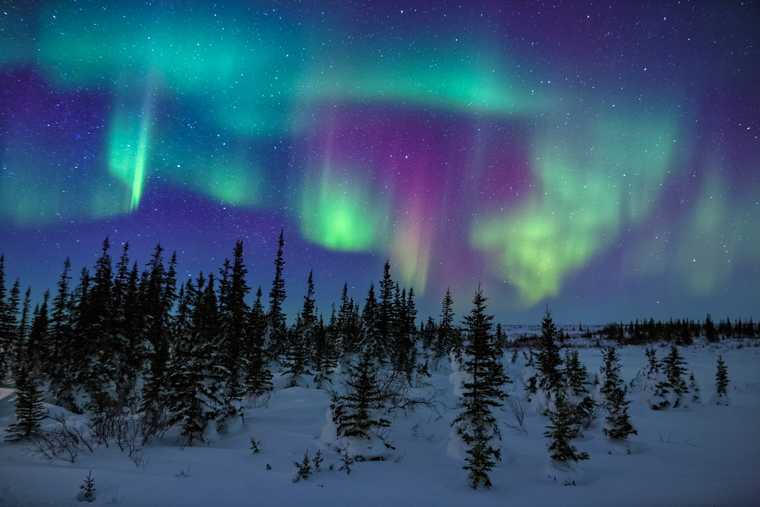 While digging into each province and territory's laws related to accessibility, many references to using the Accessible Canada Act as a basis came up. Thanks to the four-year legal fight of Donna Johdan, culminating in a Supreme Court ruling in her favour, the nation's single largest employer needed to meet accessibility compliance requirements across websites from every federal department. According to a handy summary on the government of Canada's website (including an ASL version), the Minister of Employment, Workforce Development and Disability Inclusion (then Minister of Sport and Persons with Disabilities), Carla Qualtrough "consulted with Canadians from July 2016 to February 2017 to find out what an accessible Canada means to them". Following the consultation period, Bill C-81 or An Act to ensure a barrier-free Canada, was introduced in parliament in 2018 and came into effect in 2019.

The wide-reaching act applies to all Government of Canada departments and across federally regulated industries. Private organizations across the country fall under the jurisdiction of their home provinces, which leaves space for separate provincial laws, like the AODA, to be rolled out.

In an effort to keep pace with future versions of the WCAG without rewriting or amending the law, the ACA does not define a strict document version, such as Ontario's fixed 2.0. Instead, responsibility for defining (and updating) compliance levels falls on the Treasury Board Secretariat.

Do you have any corrections or additions to provincial or territorial accessibility laws? We would like to keep this post as a living record, so please let us know at info@heynova.io of any corrections or changes, so we can make required updates. We always strive to provide the most current and factual content available for our blogs so any feedback is welcome!

Edit (April, 2021): The last section on the federal government was updated to replace the mis-credited Kirsty Duncan as the driver of the consultation period, as well as expanding on the federal/provincial divide and lack of fixed WCAG version under the ACA. Big thanks to an anonymous accessibility champion for pointing this out!

Interested to learn more about what we do at Hey Nova? Book a free consult or send us an email!

Stay in the loop

Leave your email to get updated on our monthly blog posts